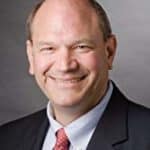 Schneider has written 9 books and more than a hundred research papers on a variety of information systems, accounting, and management topics. His books have been published in more than sixty editions and versions, including Korean, French, Chinese, Italian, and Spanish translations. Schneider's research has been funded by the Irvine Foundation and the U.S. Office of Naval Research. His work has appeared in a number of journals, including the Journal of Information Systems, Interfaces, the Information Systems Audit & Control Journal, Accounting Horizons, and Issues in Accounting Education. Gary has also served as editor of the Accounting Systems and Technology Reporter and the Business Studies Journal and others.

Dr. Schneider has lectured at universities and businesses throughout Europe, the United States, South America, and Asia. He has provided consulting and training services to a number of major clients, including Gateway, Honeywell, Gartner, the National Science Foundation, Qualcomm, and the U.S. Department of Commerce. In 1999, he was named a Fellow of the Gartner Institute. In 2002, the University of San Diego awarded him the Clarence Steber Professorship. In 2008, Quinnipiac University named him the William S. Perlroth Professor of Accounting and he won the University’s Outstanding Faculty Scholar award in 2012. He was named a Distinguished Visiting Professor in 2013 by the Instituto Tecnológico y de Estudios Superiores de Monterrey Campus Guadalajara. Gary is a licensed CPA in Ohio, where he practiced public accounting for fourteen years

P.S we also have Electronic Commerce 12th edition testbank, instructor manual and other resources for sale. Contact for more info.