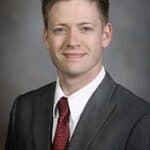 Jeff has a wealth of teaching experience, including at Virginia Tech, where he was the 2010 recipient of the Sporn Teaching Award for Engineering Subjects, which is primarily chosen by students. In 2014, he received the Outstanding Faculty Award from Bluefield State College. Jeffrey was selected as the 2016 West Virginia Professor of the Year by the Faculty Merit Foundation. He has the unusual ability to set high levels of rigor and achievement in the classroom while establishing a high degree of rapport with his students. In addition to maintaining time-tested traditions for future generations of college students, Professor Bolton brings the effective application of technology to this textbook series. 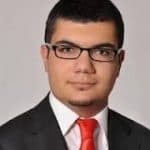 Dr. James L. Meriam got his B.E., M. Eng., and Ph.D. degrees from Yale University. James has contributed to the field of engineering and mechanics as one of the premier engineering educators during the second half of the 20th century. He had early industrial experience with Pratt and Whitney Aircraft and the General Electric Company. During World War 2, he served in the U.S. Coast Guard. James was a Dean of Engineering at Duke University, a faculty member at the California Polytechnic State University, a faculty of the University of California-Berkeley, and visiting professor at the University of California-Santa Barbara. He retired in 1990.

Dr. Meriam always placed great emphasis on teaching, and this trait was recognized by his many students wherever he taught. 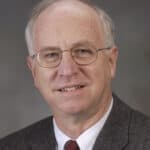 Dr. L. Glenn Kraige got his B.S., M.S., and Ph.D. degrees at the University of Virginia, principally in aerospace engineering, and he currently serves as Professor of Engineering Science and Mechanics at Virginia Polytechnic Institute and State University. He is also the co-author of the best-selling Engineering Mechanics series since the early 1980s, has also made significant contributions to mechanics education.

In addition to his widely recognized publications and research in the field of spacecraft dynamics, Dr. Kraige has devoted his attention to the teaching of mechanics at both introductory and advanced levels. His outstanding teaching has been widely recognized and has earned him teaching awards at the college, university, departmental, state, regional, and national levels.

Known for its clarity, accuracy, and dependability, expert author’s Meriam, Kraige, and Bolton’s Engineering Mechanics: Dynamics 8th Edition has provided a solid foundation of mechanics principles for more than sixty years. Now in its 8th edition, the PDF etextbook continues to help engineering students develop their problem-solving skills with an extensive variety of engaging problems related to engineering design. In addition to new homework problems, the textbook includes a number of helpful sample problems. To help college students build necessary visualization and problem-solving skills, the ebook strongly emphasizes drawing free-body diagrams – one of the most important skills needed to solve mechanics problems.

A newer edition is also available. See related ebooks below

NOTE: This sale only includes the ebook Engineering Mechanics: Dynamics 8e in PDF. No access codes come with it.