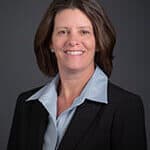 She has always had a passion for learning mathematics and brings that passion into the classroom with her college students. Her hobbies include watching her sons play sports, fishing, shooting photographs, riding horses, and playing guitar. Her professional interests include improving success in the community college mathematics sequence, using technology to enhance students’ understanding of mathematics, and creating materials that support better student understanding. 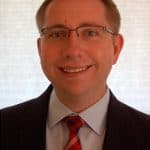 Dr. David I. Schneider holds an A.B. degree from Oberline College and a Ph.D. degree from Massachusetts Institute of Technology (MIT). David has taught for over 33 years, primarily at the University of Maryland. He has authored or co-authored 28 books, with one-half of them computer programming ebooks. He has developed 3 customized software packages that are supplied as supplements to over 55 mathematics textbooks.

Dr. Schneider's involvement with computers dates all the way back to 1962 when he programmed a special purpose computer at MIT'sfamous Lincoln Laboratory to correct the errors in a communications system. 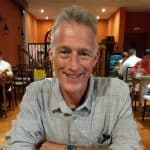 Dr. John Hornsby enrolled as an undergraduate at Louisiana State University, he was uncertain whether he wanted to study mathematics, journalism or education. His ultimate decision was to become a teacher, but after 25 years of teaching at the high school and university levels and 15 years of writing mathematics textbooks, all three of his goals have been realized; his love for teaching and for mathematics is evident in his passion for working with students at all levels and fellow teachers as well. His specific professional interests are mathematics history, recreational mathematics, and incorporating graphing calculators into the curriculum.

Hornsby's personal life is busy as he devotes time to his family. His hobbies include numismatics (the study of coins), music and record collecting. 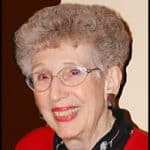 Margaret (Marge) Lial (late) was always interested in mathematics; it was her favorite subject in the first grade! Margaret's intense desire to educate both herself and her students inspired the writing of numerous best-selling textbooks. Professor Lial, who received Bachelor's and Master's degrees from California State University at Sacramento, was most recently affiliated with American River College. An avid reader and traveler, her travel experiences often found their way into her textbooks as exercise sets, applications, and feature sets.

Marge was particularly interested in archeology, and trips to various digs and ruin sites produced fascinating problems for her textbooks, involving such topics as the building of Mayan pyramids and the acoustics of ancient ball courts in the Yucatan.

In Precalculus 6th edition (PDF) of the College Algebra series, by Lial, Hornsby, Schneider, and Daniels, combines the experience of master teachers and instructors to help college students develop both the analytical skills and conceptual understanding necessary for success in maths. With this latest 6th edition, the team of authors respond to the challenges of new classroom models and new student expectations. The Lial team is now offering a new suite of resources to support today’s college students and instructors.

P.S we also have Precalculus (6th Edition) testbank, instructor manual and other resources for sale. Contact for more info.

NOTE: This purchase only includes the Lial’s Precalculus 6e PDF. No online codes or access is included with the ebook.