This is the PDF of the printed textbook and may not include any media, website access codes, or print supplements that may come packaged with the bound book. For courses in Social Psychology. 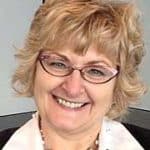 Dr. Nyla has published more than 100 articles and chapters in professional journals and edited volumes. In 1999, she was a recipient of the Otto Klienberg prize for research on Intercultural and International Relations from the Society for the Psychological Study of Social Issues. In 2004, she co-edited the volume, Collective Guilt: International Perspectives published by Cambridge University Press., and the 2007 volume Commemorating Brown: The Social Psychology of Racism and Discrimination, published by the American Psychological Association.

Her current research focuses primarily on 2 main issues: the psychology of privileged groups, in particular why and when they may feel guilt about their advantages and harmful actions toward other social groups, and the psychology of disadvantaged groups, especially how they cope with discrimination and prejudice.

Dr. Robert A. Baron is Regents Professor and Spears Professor of Entrepreneurship at Oklahoma State University. He received his PhD in Social Psychology from the University of Iowa (1968). Dr. Baron has held faculty appointments at Rensselaer Polytechnic Institute, the Universities of Minnesota, Texas, South Carolina, Washington, Princeton University, Purdue University, and Oxford University (UK). From 1979-1981 he was the Program Director for Social and Developmental Psychology at NSF. In 2001 he was appointed as a Visiting Senior Research Fellow by the French Ministry of Research (Universite de Toulouse).

Dr. Robert is a Fellow of APA and a Charter Fellow of APS. He has published more than hundred and forty articles and forty five chapters, and is the author or co-author of fortynine books in Management and Psychology. Baron serves on the boards of several major journals, and has received numerous awards for his research (e.g., “Thought Leader” award, Entrepreneurship Division, Academy of Management, 2009 the Grief award, for the most highly cited paper in the field of Entrepreneursip). He also holds 3 U.S. patents and was founder and CEO of IEP, Inc. (1993-2000).

Dr. Baron's current research interests focus on applying the findings and principles of social psychology to the field of entrepreneurship, where Robert has studied such topics as how entrepreneurs’ social skills influence their success, the role of perception in opportunity recognition, and the role of positive affect in entrepreneurship.

Social Psychology, 14th edition (global version) [also known as the Social Psychology 14e Global edition – apart from the cover and ISBN number, everything else is the same] retains the hallmark of its past success: up-to-date coverage of the quickly evolving subject matter written in a lively manner that has been embraced by thousands of college students around the world. Authors Robert A. Baron and Nyla R. Branscombe – both respected scholars with decades of undergraduate teaching experience – generate college student excitement by revealing the connections between real-world experiences and theory. The 14th Global Edition offers updated content to engage college students, as well as new “What Research Tells Us About…” sections in each chapter that illustrate how research findings help answer important questions about social life.

P.S we also have Social Psychology (14th edition) testbank, instructor manual and other resources for sale. Contact for more info.